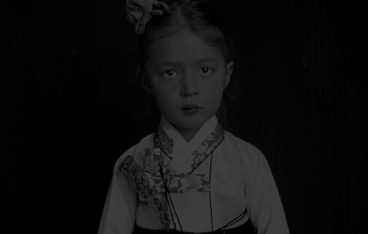 Baexong Arts will hold an exhibition of artists related to East Asia.

This exhibition examines where the appeal of East Asian women’s expressions come from.

Orientalism is a perspective or thought that has a preference for the East or a longing for the Eastern world. The gaze is directed from the West. However, not only the West, but also the Eastern gaze with Western thinking may be included in discussion of the gaze. These gazes are not equal to each other, but look unilaterally into the mysterious – Immature not modernized culture.

Cultural critic Edward Said pointed out that the westernized image of East Asia, which is “poor, lazy, intellectual and physically inferior”, is the view and style of things by the rulers. These “fundamental differences” between the West and the East have little objective basis. However, believing in this Oriental style makes it a “truth” common of all people of the Orient.

As a typical example, “thick glasses and buck teeth,” which signify inferior physicality and intelligence, are famous as icons of East Asia from the viewpoint of Westerners. In the novel and the movie “Breakfast at Tiffany’s”, an angry Japanese male with childishness far from intellectuality is “intelligent and physically inferior” with a short and thick glasses and buck teeth.Such is how East Asian males were depicted and consumed in a Western context.

Intelligence does not reflect academic background or knowledge, but ignorance in the sense that it does not have intellectual behavior, modern ego or ethics. Number of the East Asian male are drawn in movies and novels such as Hollywood as rich businessmen and intelligent researchers or programmers, but who often do not act intelligently, even after “breakfast at Tiffany’s”.

East Asia female are motifs that are favorably drawn by Western eyes as “lazy and amorous”. People looked at the prostitutes of paintings and novels with curiosity, understood East Asia female, and treated them as if they were “oriental truth”. In addition, the East Asia female themselves may establish their presence in the Western world by internalizing their gaze from the West and acting like an “Oriental female”.

Artist Yayoi Kusama attends galleries and museums in golden kimono when she was young and lived on New York alone. In this case, she borrows the icon “Oriental female” to position herself in the West rather than her favorite clothes to establish her artistic position.

It is not only East Asia female who wear kimonos. When Western female act “lazy and amorous”, they often metaphorize East Asia laziness, such as wearing kimono as a nightgown. We often see western female in thin kimono gowns on the skin in movies and literature. There is no geographical or racial West-East framework, but an ideological division can be seen.

Even Japan in Asia has an idea of orientalism. Japan, modernized earlier than other Asian countries, sought to reign “forever” as a brother of inferior Asian brothers in World War II. The basis for positioning ourselves as “elder brother” is modernization, it is westernization. Postwar Japanese male painters get modern methods, look at East Asian Okinawa from a Western perspective, and draw Okinawan geisha. Mysterious culture perspectives will be directed to more unmodernized countries, and to female rather than male.

Immigrants and Asian female are common to the artists participating in this exhibition.

Yoshimi Lee is not only a photographer but also an artist working with video, installation and performance art after a professional education in photography. Yoshimi’s parents are immigrants from Korea to Japan. Although born and raised in France, she was given a Japanese education from her parents and speaks fluent Japanese. She currently lives in Montreal, Canada with her husband and children. Even though her life experience possesses scarce context from Korea, She, as an Asian French artist, has repeatedly considered the tradition of passing on the memory of the inherited culture from parent to child.

Yoshimi’s presenting artwork is photography of a child dressed in a Hanbok (Korean traditional clothes) recalling silver halide photographs. This artwork is an act of handing over her identity to the next generation. It has no ethnic, national or individual “experience”, but collective “memory”, and so the image reveals a strong existing fiction.

Alisa Berger is a film, performance and installation artist living in Germany.Alisa was born in Russia as a daughter of a Jewish father and a Korean mother whose parents escaped to Russia during Japan–Korea Annexation. In Japan, immigrants from Korea to China are called Chosen-zoku(Joseon-jog), and those who have moved to Russia are called Korai-jin(Koryo-saram). In the long history, the Korean people had a lot of wars, and people repeatedly moved toward better land to neighboring Russia, China, Japan, etc.

Alisa finds many immigrants on the internet who are in the same circumstances with her mother. It contains family albums and memories of immigrants. Despite the difference in gradation, the records of immigrants seen on the Internet appeared in front of Alisa as something in common.Her art work is a video showing ethnic memories from photos of her mother, grandmother, and relatives.

However, when you look at the narration footage of the photos and memories, you will notice contradictions and strange behaviors. Alisa rewrites bit its roots by incorporating videos found on the Internet and stories from others. But there is not a complete fake, also not a complete truth. Alisa tried to revisit the history with video, using a technique of magic realism that mixed reality and fiction.

Yumi Song & Yishay Garbasz usually works independently in Berlin and Tokyo, and sometimes works as an artist unit to create a work on how trauma succession and people’s memories are visualized.

Yishay Garbasz is a photographer-trained artist in New York, born as a male in Israel in West Asia and currently living in Germany as a female. Yishay was also born in Israel and experienced conscription. Previously she believed that there were many scary countries in the world that threatened Israel. After the conscription, she went out of the country, and knew with surprise that other countries thought Israel would pose a threat.

Like the people of common countries, the Israelites are not horrific people with magical horrible thoughts, but individuals who are chased in everyday life but enjoy it. On the other hand, there are psychologically and physically high and steep walls around the nation of Israel. Yishay is working on a project that uses a medium-format camera to photograph the border walls, and still shoots the ever-growing walls around the world.

Yumi Song is a Korean conceptual artist born and raised in Japan.The purpose is to draw the memories of the site specific with a stroke of people’s imagination. Yumi’s father survived when he was a child, accidentally encountering a civilian massacre of Korean troops after the North-South Korean War. How can the common memory and personal wounds of ethnic groups be reconciled? Yumi made a fairytale from his father’s standpoint. It is made up of her memory and father’s memory.

YumiSong and Yishay Garbasz made that in response to the rumors at the time of the Great Kanto Earthquake (the Koreans throw the poison in the well), they acted like rumors as a joint work. The Koreans did not pour poison into the wells, but the Japanese believed that they could be killed by the Koreans, so they started slaughtering the Koreans. The people killed were the opposite, but “throw the poison in the well” was certainly a incantation of genocide. Yishay says that the incantation is my story, not the Korean story, Jews are always persecuted by such an opportunity.

They shed a terrible “imaginary poison” that could be genocide the town of Kyoto where they were living together. It became a short video work.

The two artists and a pair of artists created the Oriental Discor (oriental discourse) influenced by movement, life, and local memories. This exhibition will rethink the way we live and how to form an identity by approaching their expressions.